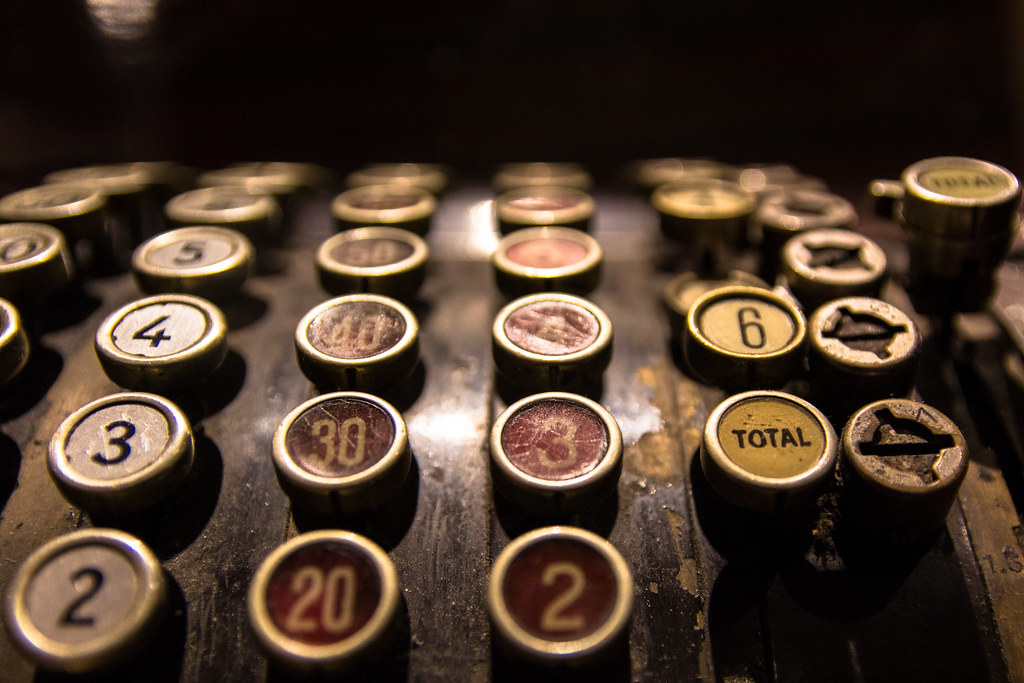 I am excited to have officially left my retail job, and while I have many negative memories of the job, I think what I will remember most is the faces of the strangers I saw while standing behind the cash register.


The man who took about five minutes to tell me that the reason why his wife developed IBS was because of going on a shake diet earlier in her life.

The teenage girl who tried to walk out of the store with a bottle of red nail polish in her pocket.

The boy who paid for fifteen dollars worth of snacks entirely in rolls of quarters as his mother chided him for holding up the line.

She rushes to the front of the store and puts her stuff on the counter, looking agitated.
"How are you, today?" I ask.
"Okay. I'm fighting the worst headache I've had in my life."

The high school girl who bought a doll so she could cut off its' arms for an epic senior photo.

"Can you cut the tag of these sunglasses for me? I left mine at home."

The man whose right arm was only a stump who smiling, told the child staring at him that his wife bit his arm off instead of telling him it was a war wound and they had to amputate his arm.

The cranky lady who was mean to me after misunderstanding my directions for using the keypad, but a week later came back and apologized.

The older gentleman who serenaded me with the song "Alison" by Elvis Costello. "Alison, I know this world is killing you/ Oh Alison, you know my aim is true."

The young girl who tried to buy a sweet, alcoholic beverage, then shocked by the request for I.D. put it back guiltily.

The mother yelling at her kids to behave, then asking me if I would take them.

The man who wondered why my bracelet said "joy", asked if it was my girlfriend's name, then laughed hysterically at my appalled face.

The grandmother who looks at me with tired eyes, ignoring the cries for candy and gum from the children scampering around her feet, then asking if I wanted them because she was too old to do this again.

The guy who called me "dear".

The little girl who watched me bagging their food and said, "You must hate your job."
"Why do you say that?" I asked.
"It looks so boring."

The old man who told me I was beautiful.

She stands in line, a teenage girl with short, blonde hair holding a pregnancy test. Her hand keeps finding her stomach and hovering there, like she is wondering, hoping, or regretting, a new life she may soon find exists.

I will remember her most.

Posted by Allie at 10:30:00 AM 4 comments:
Email ThisBlogThis!Share to TwitterShare to FacebookShare to Pinterest
Labels: life, life after college, retail

What I've Been Listening To

Music, for me, is a necessity for life. It's like food. A day cannot go by where I haven't listened to music or sang a song. Because of that, I am constantly looking for new music, so in hopes that this will give you some new songs to listen to, here is a list of eight songs I have been listening to recently.

1. "The Secret Place" by Phil Wickham and Madison Cunningham

I love Phil Whickham, so I'm not sure how I missed this song on  his new CD, but I discovered it just yesterday and instantly fell in love. There's also an acoustic version that I shared below.

2. "He Will Hold Me Fast" by Keith and Kristyn Getty

This has become a song I turn to when I am struggling because of the sweet melody of the hymn "Be Still My Soul" combined with the promise that He will never leave me.

Also on their most recent album, this song I found to be so much fun and full of character.

I first heard this on Christian radio, and it took a while to find out who sang it. I love her spunk, originality, and words.

5. "A Silent Cause" by The Paper Kites

Earlier this summer I got to see The Paper Kites in concert with some of my friends. They are one of my favorite groups because of their unique folk style and poetic words. This song is one of my new favorites of theirs.

6. "Thy Will" by Hillary Scott and The Scott Family

This song was featured on one of Spotify's lists, and I first heard it a few days before graduation. The verses echo my feelings of graduating, this summer, and my future, and the chorus is simply "thy will be done" repeated again and again, and it is exactly what I need to hear.

7. "The Driver" by Bastille

I don't always like all of Bastille's songs, but this one felt like it was grabbing me. I love his voice, the music, and the fact I have never heard a song like it before. If you can't tell, I am big on originality.

8. "Try Everything" by Shakira

I do not listen to Shakira, nor endorse her music, but I have to say that even though it is on the fluffy side I love this song that was featured on the movie Zootopia. I haven't been able to get it out of my head for the last few days.

Posted by Allie at 9:30:00 AM No comments:
Email ThisBlogThis!Share to TwitterShare to FacebookShare to Pinterest
Labels: abundance, creativity, music, thankfulness 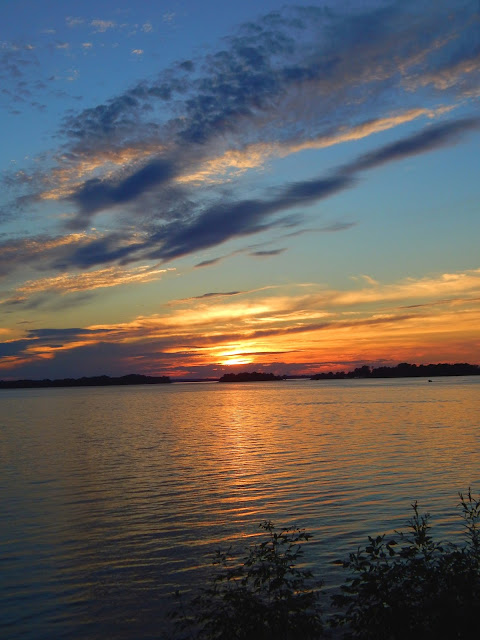 I was born here. I have grown up here. 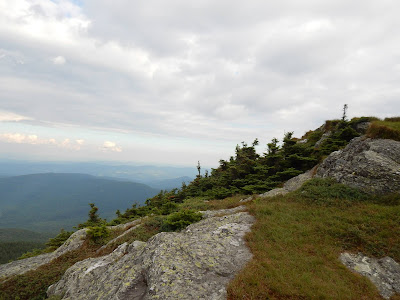 It is beautiful with the trees and the mountains and Lake Champlain. 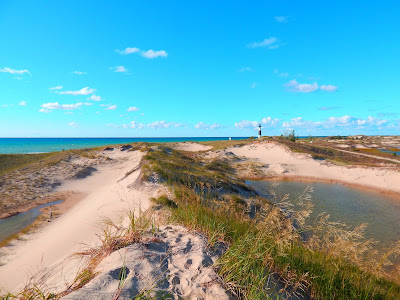 I went to college here.

It is also beautiful in a different way.

I thought after four years of college that it would clear where I should be, that if I liked Michigan, there were opportunities, and it had become my home, then I would stay. If I wanted to go back to Vermont, then I would go back the mountains.

But it's not that simple. I go back and forth.

Logical me, safe and conservative me, says to stay in Vermont. I can live with my parents, hike mountains, and save my money for a car and paying back my school loans. I'll be with my family, I'll have a wonderful church family, and I'll be home.

Adventurous, independent me says to go back to Michigan. I have lots of friends there; I could get a writing job with a Christian company and be on my own. I'd be with my sister while she's in school, I'll have an equally wonderful church family, and I'll be home.

I thought that the perfect job opportunity would come up for me in Vermont, or that an amazing guy would ask to marry me in Michigan, and there would be no choice, no decision, no weighing the pros and cons or feeling like no matter what I choose I am cutting myself in two.

When I let myself really see what I want, it is Michigan that is in my heart. That doesn't change my love for Vermont, the mountains, my parents, my church, or my friends. I see Michigan as my future.

But I need to remind myself of a few things:

1. Moving back to Michigan would be scary, but I need to do scary things. I would be officially on my own, needing to make money for a place to live and food to eat and clothes to wear and gas to put in my car and things could happen like my car breaking down or I could lose my job or the heat could stop working in my apartment and I would need more money, and I can't forget taxes and loan payments, and oops I put a hole in my jeans and a pair of jeans is about two hours of working at the least!

Scary- yes, but scary just like going to college far away. Plus, I'll have to move out of my parent's home someday. And something I constantly forget and shouldn't ever forget is that I am a child of God, where even death is an improvement, so why should I fear my tire going flat?

2. I have expectations. I either think the best or the worst is going to happen. I think that if I move to Michigan it will be perfect, or the most horrible experience of my life. I think that if I stay in Vermont my life will be miserable or it will be all sunshine and lollipops. None of those expectations are good. No matter where I am, whether it is bad or good, my Savior is still risen and my God is still good.

3. I may never go back to Michigan. Five years from now I may be working at the same place and still chipping away at my novel. God may have other plans for me, and I need to trust Him and His perfect plan that is perfect simply because it is His.

Posted by Allie at 10:00:00 AM 4 comments:
Email ThisBlogThis!Share to TwitterShare to FacebookShare to Pinterest
Labels: life after college, trusting God's plan

Allie
I am a sinner redeemed by Jesus Christ, a writer, a sister, an ice skater, a reader, a grad student, a watcher, a singer, a poet, a hopeful published author, a collector of sea glass- all to bring glory to my Creator.
Newer Posts Older Posts Home
Subscribe to: Posts (Atom)

Welcome to The Truth in Sea Glass! 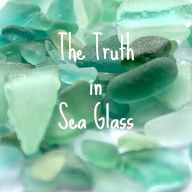